Statement by the Committee to Protect Journalists

New York, July 30, 2015 — Authorities in Turkmenistan should release Saparmamed Nepeskuliyev, a freelance journalist who has been in police custody since July 7 on bogus charges, the Committee to Protect Journalists said today.

Nepeskuliyev contributes to the independent news website Alternative Turkmenistan News (ATN) and the Turkmen service of the U.S. government-funded Radio Free Europe/Radio Liberty, according to news reports. Ruslan Myatiyev, the director of ATN, told CPJ that he learned of Nepeskuliyev’s arrest from the journalist’s family after the reporter stopped responding to his phone calls and emails.

According to ATN, Nepeskuliyev was last heard from on July 7 when he called his family from the western city of Awaza on the Caspian Sea, where he had gone on a reporting trip. After Nepeskuliyev failed to return home, his family filed a police report, and was later told that authorities had arrested him, according to the reports and Myatiyev.

Nepeskuliyev is charged with possessing a banned medication, reports said. If convicted, the journalist faces up to 20 years in prison, according to the Turkmen criminal code. It is unclear if the journalist has access to a lawyer, Myatiyev told CPJ.

Nepeskuliyev has reported on water shortages and the poor social and economic conditions in Turkmenistan and has photographed expensive villas allegedly belonging to state officials, according to Myatiyev and a statement by the New York-based Human Rights Watch.

«Instead of jailing journalists who report on possible corruption in their country, Turkmen authorities should follow up on press reports to address the issues,» said Nina Ognianova, CPJ’s Europe and Central Asia program coordinator. «We urge Turkmenistan to drop the charges against Saparmamed Nepeskuliyev and release him without any delay.»

Turkmenistan is among the world’s most closed nations, according to CPJ research. All print and broadcast media are controlled by the authorities, and critical reporting is often met by retaliatory prosecution and harassment of reporters and their families, CPJ research shows. Both foreign and exiled Turkmen news outlets rely on local stringers and freelancers, who cover domestic stories at considerable risk. 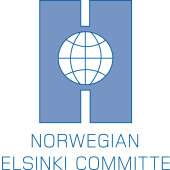