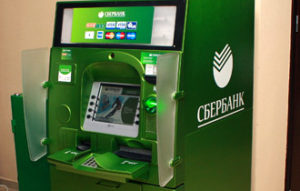 Turkmenistan’s Central Bank decreased the maximum limit of cash withdrawals from ATMs abroad. Since September 27, Turkmens traveling abroad with their international VISA card can withdraw up to $100 (or equivalent in local currency) per day. Previously, the limit was $250 daily.

Analysts in Ashgabat said that this measure responds to an acute shortage of dollars in Turkmenistan. It could also be geared against the “dollar tourism” — a recent practice by which people first convert their manat accounts into U.S. dollars and then go abroad to withdraw from their accounts. When they go back to Turkmenistan, they are able to exchange U.S. dollars for manats on the black market at a rate twice the official rate.

A resident of Mary, currently in Moscow, confirmed that the new limit set by the Central Bank had come into effect. He added that the limit also applies to card operations.

“Today, I tried to buy an internal plane ticket here in Russia which cost $130. But I couldn’t pay with my card, despite having enough funds in my account,” he said, adding that he had to buy the ticket in cash, in rubles.

In recent months, the Turkmen authorities introduced several restrictions to currency conversions for entrepreneurs. Banks now are allowed to give out foreign currency only up to 2% of the amount of a contract with a foreign supplier. But sources said most banks only agree to convert from 1% to 1.4% of the contracted total.