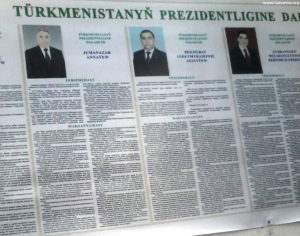 A presidential election is due to take place on Sunday (12 February) in Turkmenistan. If, as expected, Gurbanguly Berdimuhamedov is re-elected, he will embark on a third term. Meanwhile, Turkmenistan’s remaining independent journalists are being subjected to an unprecedented crackdown.

“As Turkmenistan prepares to host the Asian Olympic Games in September, the world cannot remain indifferent to the contempt that its government displays for its international obligations. We urge the country’s foreign partners to press Ashgabat to deliver serious human rights reforms and to uphold the right to freedom of expression.”

When Berdimuhamedov succeeded Saparmurad Niyazov in 2007, he tried to portray himself as reformer committed to modernizing his country but human rights are still being trampled underfoot ten years later.

Turkmenistan is already ranked 178th out of 180 countries in the World Press Freedom Index compiled by Reporters Without Borders (RSF). Persecution of the few independent journalists who are left has intensified steadily during the past two years.

No criticism of the “Protecting Father” (Arkadag) can be made in the media, even though the election campaign is supposed to be in full swing. But this is no surprise because the media are all controlled by the state while the correspondents of internationally-based independent media – such as Radio Azatlyk, Alternative Turkmenistan News, Chronicles of Turkmenistan, Gündogar and Ferghana – have to work clandestinely because they risk imprisonment and torture.

These independent media outlets cannot be accessed by most Turkmenistani citizens, who are confined to a carefully expurgated national Internet. The government is meanwhile continuing its campaign to remove all satellite dishes and thereby deny the population one of the few remaining possibilities of accessing uncontrolled news and information.

Amid growing economic difficulties and security concerns, the authorities embarked on a new crackdown. There is still no news of Radio Azatlyk correspondent Khudayberdy Allashov two months after his arrest on 3 December on the arbitrary charge of possession of large quantities of chewing tobacco, a criminal offence in Turkmenistan.

Saparmamed Nepeskuliev, a reporter for ATN and Radio Azatlyk, has been held for the past 18 months. After being detained in July 2015, he was tried secretly without any access to a lawyer, and was given a three-year jail sentence on a trumped-up charge of drug possession. The United Nations Working Group on Arbitrary Detention has described his imprisonment as arbitrary. The undersigned organisations once again call on the authorities to drop the charges against Allashov and Nepeskuliev and to release them without delay.

Soltan Achilova, was assaulted three times in the space of a few days in November, leaving her traumatised. Another reporter, Rovshen Yazmuhamedov was threatened in November with being made to serve the suspended jail sentence he was given in 2013. Many Radio Azatlyk reporters have been forced to abandon their journalistic activities in the past two years.

Berdimuhamedov is running against eight candidates who are careful not to criticize the government and readily praise the president. Constitutional amendments adopted last September increased presidential terms from five to seven years and scrapped the 70-year age limit for holders of the office.

According to the official result, Berdimuhamedov won the 2012 presidential election with more than 97% of the votes. 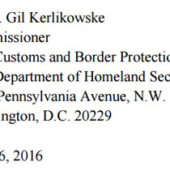 Why are we selling sniper rifles to Turkmenistan? — David Maynier 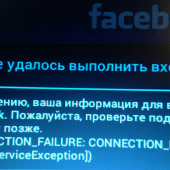