Amsterdam, January 4 – The UN Working Group on Arbitrary Detention (WGAD) has found the deprivation of liberty of the Turkmen journalist and activist Saparmamed Nepeskuliev arbitrary. The Working Group also considers that he has been deprived of liberty for having peacefully exercised his right to freedom of expression as guaranteed by article 19 of the Universal Declaration of Human Rights (UDHR) and article 19 of the International Covenant on Civil and Political Rights (ICCPR).

This opinion was rendered on December 2, 2015 at the 74th session of the WGAD in Geneva, after a petition filed by Alternative Turkmenistan News (ATN). In its communication ATN claimed that, first of all, the criminal case against Nepeskuliev was fabricated and was directly related to his work as a reporter.

Secondly, ATN claimed that during Nepeskuliev’s arrest, detention and subsequent trial, Turkmenistan has violated certain international norms. In particular, since his arrest, Nepeskuliev was held incommunicado, was deprived of his right to contact his family and had no access to a legal representative. In this regard ATN expressed grave concern that Nepeskuliev had been mistreated and tortured during the investigation given that he was held incommunicado, and that Nepeskuliev was not granted a public hearing.

Lastly, ATN pointed to persistent pressure imposed by the law enforcement authorities on Nepeskuliev’s family with the aim to silence them, attempts of security services to defame the journalist by publishing false information about him on a website believed to be controlled by security services and by organizing a provocative phone call with a woman who identified herself as Nepeskuliev’s alleged sister and called him a “drug addict”.

The WGAD procedures prescribe communicating allegations of arbitrary detention to the relevant government, and the latter may give its response to all claims listed in a petition. The Turkmen government responded to the WGAD’s request. It states that Nepeskuliev was arrested on July 7, 2015, based on “operational information […] on suspicion of illicit trafficking of medicines that contain Tramadol hydrochloride.” 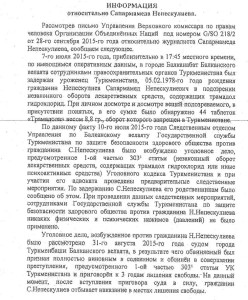 “During personal search and examination of suspect’s belongings, in presence of witnesses, 44 pills (8.8 grams) of Tramadol, circulation of which is prohibited in Turkmenistan, were found in his bag. Based on this fact, on July 10, 2015 the Investigation Department of the Balkan regional Unit of the State Service for Security Protection of a Healthy Society [formerly the State Drug Control Service] initiated a criminal investigation on violation of Article 303 part 1 of the Criminal Code (illicit trafficking of medicines that contain Tramadol hydrochloride or other psychoactive substances). Preliminary investigation was conducted with participation of his lawyer. Upon Nepeskuliev’s arrest, his relatives were informed about it. In the course of the investigation conducted by the staff of the State Service for Security Protection of a Healthy Society, no physical or psychological pressure was imposed on Nepeskuliev. The criminal case […] was considered on August 31, 2015 by the Turkmenbashi city court, which found the defendant fully guilty […] and sentenced him to 3 years of imprisonment. Currently Nepeskuliev serves his sentence in the BL-D/5 facility at the Balkan regional police department. The terms and conditions of his detention and the visits by his close relatives are in accordance with the existing legislation of Turkmenistan.”

The Working Group notes that even the basic information in the government’s brief response is confusing. In particular, the place where Nepeskuliev was arrested on 7 July is indicated as the city of Balkanabad, and then in the same document the place is named as the city of Turkmenbashi. 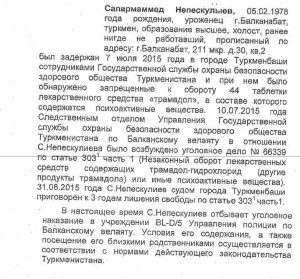 In its response, the government has not rebutted the allegations of grave violations of Nepeskuliev’s rights beyond the brief assertion. Those allegations include, in particular, incommunicado detention, violation of his right to legal assistance of his own choosing; the right to public trial, torture and ill-treatment in detention. The Working Group notes that the mere assertion of observance of the rights of the accused is not sufficient. In allegations that a person has not been afforded, by a public authority, certain procedural guarantees to which he was entitled, “the burden to prove the negative fact asserted by the applicant lies with the public authority, because the latter is “generally able to demonstrate that it has followed the appropriate procedures and applied the guarantees required by law … by producing documentary evidence of the actions that were carried out.””

The Working Group notes that in this case, the government failed to provide any documentary or other evidence which would demonstrate that Nepeskuliev was provided with legal assistance (the name of the counsel, when and by whom he was assigned, etc.). Likewise, the government has not presented any support for its assertion that the trial was conducted in open session and was available for public scrutiny (the place of the trial, a copy of public announcement of the date and place of the trial, copy of a letter informing his family of the date and place of the trial, etc.).

The Working Group also notes that a violation, similar to those alleged in the case of Nepeskuliev, was found in other cases concerning Turkmenistan: those of prominent singers Maksat Kakabaev and Murad Ovezov, as well as in the case of a dissident Gulgeldi Annaniyazov.

Moreover, in its opinion the Working Group refers to the Committee against Torture, which had previously expressed concern over incommunicado detention, closed trials, lack of proper defense, torture and ill-treatment in places of detention.

In violation of articles 10 and 11 of the UDHR and article 14 of the ICCPR, a one-day trial of Nepeskuliev took place in closed session. The government has not refuted the fact that Nepeskuliev was not granted a public hearing. In this regard, the Working Group recalls that it is the public character of hearing that protects an accused against the administration of justice without public scrutiny.

Nepeskuliev has been held incommunicado with no access to a legal representative; he was deprived of his rights to legal assistance of his own choosing. The government has not provided rebuttal to this allegation rather than a mere assertion to the contrary.

The Working Group considers that the non-observance of the international human rights norms, namely articles 9, 10 and 11 of the UDHR and articles 9 and 14 of the ICCPR in Nepeskuliev’s case, is of such gravity as to give the deprivation of his liberty an arbitrary character. The deprivation of liberty of Nepeskuliev falls within category III of the categories applicable to the consideration of cases submitted to the Working Group.

The Working Group also considers that Nepeskuliev has been deprived of liberty for having peacefully exercised his right to freedom of expression as guaranteed by article 19 of the UDHR and article 19 of the ICCPR. Therefore, his deprivation of liberty also falls within category II.

In the light of the foregoing, the Working Group renders the following opinion:

The Working Group requests the government of Turkmenistan to take the necessary steps to remedy Nepeskuliev’s situation and bring it into conformity with the standards and principles set forth in the UDHR and ICCPR.

The Working Group believes that, taking into account all the circumstances of the case, the adequate remedy would be to release Nepeskuliev and accord him an enforceable right to compensation in accordance with article 9(5) of the ICCPR.

In accordance with Article 33(a) of its methods of work, the Working Group considers it appropriate to refer the allegations of torture (including alleged incommunicado detention which may amount to inhuman treatment) to the Special Rapporteur on torture for appropriate action.

Alternative Turkmenistan News once again calls upon the government of Turkmenistan to grant freedom to journalist Nepeskuliev. ATN also urges the international community to persistently raise this issue at any contact with the Turkmen government. ATN is seriously concerned about the life of its colleague, and about the wellbeing of his mother, with whom ATN lost contact since the end of September 2015, after Deputy Foreign Minister Vepa Hajiyev made a statement that he disagrees that Nepeskuliev “is even an individual that helps reporters.” 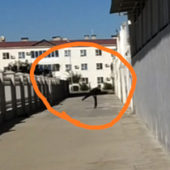 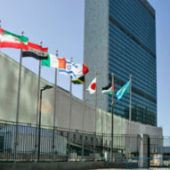 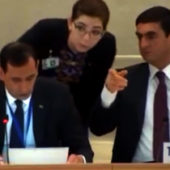