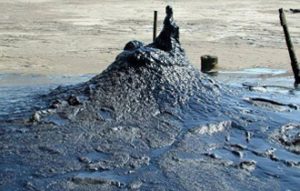 For four years, Turkmenistan’s state oil company Turkmennebit has not paid back its debt, which now amounts to around $8.5 million, for the supply of equipment for oil and gas production. According to the correspondence between Turkmennebit and its creditors, Turkmenistan’s second-largest state company seems to have run out of money.

In April 2013, Cyprus’ I.C. Intercomplect Ltd signed a contract with Turkmennebit to supply an analytical laboratory and a mobile unit for exploration and production activity at oil and gas wells.

For the task, Intercomplect adapted to the peculiar characteristics of the Turkmen geology, ordering components from Russia, Belarus and the U.S. The contract was honored in full and on time. Turkmennebit, the customer, acknowledged the supply and signed all receipts, paying $674,000 by May 2014. Since then, however, Turkmennebit stopped sending payments to extinguish its debt.

“Due to temporary hardship, the state company Turkmennebit is not presently able to pay back its debt,” Tachberdy Begjanov, then chairman, said in a letter dated August 2014.

“The state company Turkmennebit will be making every effort to partially pay back its debt for the supplied goods. We thank you for being patient and understanding for such an extended period of time,” Dovletdrudy Khajiyev, the new head of the company, wrote in a letter dated October 2017.

Notably, under the leadership of Khajiyev, the Turkmen oil company tried to extinguish its debt through a swap with… the National Iranian Oil Company, which in turn had not paid in full for a supply contract with another state company, Turkmengaz. Turkmennebit and Turkmengaz had apparently agreed to swap debts so that the former could pay its suppliers.

The plan, however, failed because Iran refused to recognize its debt and in May 2017 threatened to escalate a lawsuit against the Turkmen side into arbitration.

I.C. Intercomplect Ltd appointed an international law firm – CIS Debt Recovery Solutions, to settle the financial dispute. The latter proposed Turkmennebit a payment plan: it would pay $700,000 in installments from September to December 2017. The Turkmen company, however, has not responded to the request and failed to abide by the plan.

“In recent weeks, we called Turkmennebit hundreds of times. They only answered three or four times, but we didn’t get anywhere,” Taras Kopii, senior advisor at CIS Debt Recovery Solutions, told ATN.

The law firm sent one letter each week over the past two months, but the state company has ignored all correspondence. Turkmennebit answered only once, saying it would take care of the issue “in the nearest future.”

Turkmennebit‘s debt, including penalties, amounts to $8,540,910.55 to date. Instead of taking steps to resolve the problem, for the last three years the company has only complained that it has lacked cash. Importantly, because of the debt, the delivered equipment could not be installed and the plan to use this technology to increase oil production by 10-20% has stalled.

Kopii said that his firm closely monitors business activity in the country.

“We are in constant contact with potential foreign partners of the Turkmen state companies and we inform them in due course of the main issues in the country’s oil and gas sector, among which the problems with debt repayment, and we warn them of the risks that a cooperation with these subjects would entail,” he said.

Should the state company fail to extinguish its debt in the near future, the law firm will prepare the documents to file an arbitration claim.

CIS Debt Recovery Solutions has already worked on the case of another large debtor, state company Turkmengaz. The company had failed to pay back a $2.5 million debt for two years to a Chinese company that had supplied two shunting locomotives. Only a week after ATN published a report on the issue, Turkmengaz paid the debt in full.

Turkmenistan has faced a dire financial crisis since 2014. Despite the economic instability, the government decided to spend billions to organize the 10-day Asian Games in September. The waste of state resources, however, did not stop there. The country’s first golf club was opened in October in Ashgabat and the president announced that a dozen more golf courses should be built around the country. 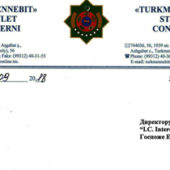 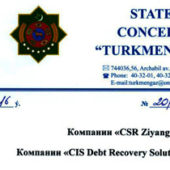