TO INTERNATIONAL HUMAN RIGHTS ORGANIZATIONS AND THE GLOBAL COMMUNITY 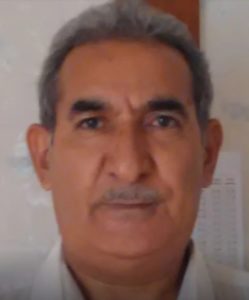 On August 8, 2016, I appealed to the President of Turkmenistan via Internet to turn his attention to embezzlement of public property in our company, Repair and Maintenance Department (RMD) at Turkmenneft State Oil Company in Balkanabat. My appeal, however, did not reach the President, and proved to be a voice in the wilderness. Nothing has changed in the company in the past months, and the theft continues.

I had to use a public communication channel, because any attempts to reach out to the President by conventional means are fruitless: no letter would ever get to him. It is now clear that my Internet appeal did not reach him either. There can only be one explanation: people, who are endowed with unlimited power and authority, and control all Turkmenistan-related information that appears on the web, did everything to make sure that my plea could not reach its destination. The same people cast terror and helplessness in the heart of anyone who dares to reach out to the head of state, and make offenses against the law known to him.

In my open letter, I tried to convey to our President the facts of embezzlement and squandering of public property, abuse of power by the local officials, beatings and disparagement of the working people by the management, and corruption.  It has been two and a half months, but not a single public official made an attempt to stop the embezzlement, recover the stolen property, or find and punish the perpetrators. None of the senior officers in the local law enforcement tried to put an end to the arbitrary actions by the officials towards me.

I love my homeland, and it pains me to see my country’s wealth, public property and money being embezzled, while government officials and guardians of the law look the other way and do nothing to stop the lawlessness.

It is sad to realize that no one cares about the fact that the second production site of the Repair and Maintenance Department manufactures and delivers poor-quality industrial wire rope without proper electromagnetic testing, which could ultimately result in tragedy and grief for someone’s family. In addition, through forging of production logs and other fraudulent schemes, new product remains at the plant, while decayed and rusted wire ropes are delivered to state clients. 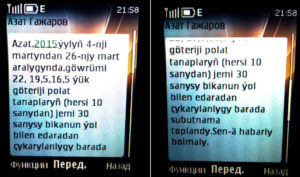 SMS from H. Hajiev to the RMD head A. Gajarov: «Azat, there is evidence that between March 4 and 26, 2015, 30 hoisting ropes of three diameters were pilfered from the plant. You must have been aware of it.»

In 2013, a foreign company Weatherford asked us to test some three hundred wire ropes they were using. However, by the order of our Chief Engineer Abdulla Amandurdyev, only 28 of them were actually tested. All Release to Service Certificates for the remaining ropes were forged. There are witnesses, who can corroborate this fact.

I have repeatedly reported this and other episodes to the RMD manager Azat Gajarov without response. Those in power are not concerned about the fact that honest people, who speak up about these and other negative facts, are being persecuted and intimidated.

For my numerous letters to various authorities including Turkmenneft State Oil Company, Supreme Chamber of Control and law enforcement agencies, I and my family members have been subjected to insults, telephone threats, and continuous attempts to keep us in fear. We have been repeatedly summoned to the police station without any reason. My home phone has been tapped, I was denied access to the internet, six of my SIM cards were blocked. My telegrams addressed to the then-Minister of Oil and Gas Industry and Mineral Resources Muhammetnur Halylov had just as little effect. 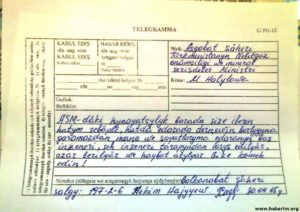 Wire to then-Minister M. Halylov: «Because of my letter to you about the corrupt practices in RMD, and despite the ongoing audit at the Department, I and my witnesses have been under pressure from the RMD Chief Engineer and the production site Engineer. We are being threatened and harassed. Help us!”

I mentioned all of the above in my open letter to the President and asked for protection for me and my family. Absence of adequate response to my public appeal creates conditions conducive to new threats to my personal safety and the peaceful life of my family. Meanwhile, the agencies meant to protect the rights and interests of the people, demand that I «never access the Internet again,» «not leave the house,» sign a written statement that I “will write nowhere and report nothing». I am a person of sound mind and a devout believer, but every time they threaten to send me to a mental facility. Twice I received phone calls with threats, but neither the police nor the prosecutor’s office were able to establish who it was. My statements were simply shelved. Someone had intentionally set a dog at me, which nearly made me disabled…

I believe that these and other actions by the law enforcement are contrary to the laws of our country. Moreover, such actions by the officials in power are nothing but covert discredit to the policy of our President, the key essence of which is conveyed in the principle: «The State — for a man!».

I am appealing to you with this letter in the last hope to protect myself and my family. There is a great risk that our lives will be poisoned with insinuations and slander, unlawful interference with our family life, wrongful restrictions, bans, dismissal, arbitrary detention and false accusations of criminal offenses.

With this letter, I am bringing to your attention that our very lives are in danger. I am asking you to convey my letter to the President of Turkmenistan.

ATN note: ATN has e-mailed this letter to its contacts in international human rights organizations and Western governments. ATN has asked them to keep a close eye on the fate of Hekim Hajiev. 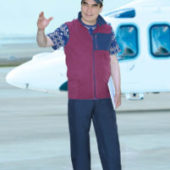