Mansur Mingelov is still awaiting a retrial in line with international fair trial standards despite promises made to him by the authorities to review his case.

Mansur Mingelov was on hunger strike from 19 May until 8 June in protest at his 22-year sentence. He ended his hunger strike after a visit from an official who reportedly promised that his case would be reviewed in the near future. Mansur Mingelov and his family and friends were made to believe that a review would take place before the President of Turkmenistan signs an amnesty law in October in honour of the 23rd anniversary of Turkmenistan’s independence, which is celebrated on 27 October, and that Mansur Mingelov would be pardoned as part of this. However, this has not happened. According to confidential sources, Mansur Mingelov refused to sign an open letter to the President of Turkmenistan thanking him for his release, as required by the authorities.

Mansur Mingelov is serving a 22-year sentence in LBK/11 prison in Seidi, Lebap province in eastern Turkmenistan. He was sentenced after an unfair trial on 10 September 2012 on charges of production and distribution of pornography, contraband, and production or distribution of drugs. Mansur Mingelov denies all charges and maintains his innocence. He faced increased pressure in prison after he spoke out about the unfairness of his trial and protested against his possible transfer back to the high security prison Ovadan-Depe, which goes against the conditions of his sentence. Mansur Mingelov was first arrested and allegedly beaten by officers of the State Service for Security Protection of Healthy Society of Turkmenistan on 6 June 2012 in connection with a criminal case involving his brother, who had been arrested a day earlier. Mansur Mingelov witnessed his brother being beaten by security services during interrogation. Between his release on 22 June 2012 and 2 August 2012, when he was arrested again, he collected evidence of torture and ill-treatment by the authorities of individuals in the Baloch community, which he brought to the attention of the Turkmenistani authorities and the diplomatic community.

Amnesty International has documented cases from Turkmenistan in which individuals who suffered human rights violations and those associated with them, including family members, faced harassment and reprisals after their cases were exposed internationally. There are concerns that not only Mansur Mingelov but members of his extended family may be at risk of reprisals.

Mansur Mingelov was arrested on 6 June 2012 and sentenced after an unfair trial on 10 September 2012 on charges of production and distribution of pornography, contraband, and production or distribution of drugs under articles 156,164, 254 and 292 of the Criminal Code of Turkmenistan. According to a confidential source, Mansur Mingelov reports that he only saw his state-appointed lawyer twice, once when they first met and then during the trial itself. During the investigation and trial he was not allowed to call his relatives or change his lawyer. After his arrest, Mansur Mingelov was forcibly moved to a regional drug rehabilitation centre and kept there for 15 days. He was released on 22 June 2012. He then lodged complaints about his brother’s torture and ill-treatment with the Prosecutor General’s Office and the President of Turkmenistan. Two police officers were subsequently dismissed. From 25 June and up until 2 August 2012, when Mansur Mingelov was arrested again, he collected evidence of torture and ill-treatment from other individuals, most of whom were of Baloch origin living in Mary province in south-eastern Turkmenistan.

Mansur Mingelov recorded 11 incidents of torture and other ill-treatment affecting members of the Baloch ethnic community in Mary province. He recorded the information on CD disks and sent them to the US Embassy in Ashgabat, the capital of Turkmenistan, the Organization for Security and Co-operation in Europe (OSCE) and the Prosecutor General’s Office. According to Mansur Mingelov, these reports of torture and other ill-treatment included allegations of law enforcement officers using chisels on detainees’ bones, pulling of the scrotum with pliers, electric shocks, and the use of chair legs and plastic bottles for beatings. He described seeing a box with tools explicitly meant for torture at the State Service for Security Protection of Healthy Society of Turkmenistan in Ashgabat.

According to some Turkmenistani human rights defenders and journalists in exile, torture and ill-treatment is widespread in Turkmenistan. However the climate of fear is such that few people dare report incidents of torture and ill-treatment that occur in detention, or even talk about it following their release from detention. Doing so exposes them and members of their extended families to reprisals from the authorities, and Amnesty International has documented cases of harassment and persecution of those who dared to publicly expose such human rights violations in Turkmenistan. Please see Amnesty International’s report Turkmenistan: An “Era of Happiness” or more of the same repression? (Index EUR 61/005/2013) for more information, accessible at http://www.amnesty.org/en/library/info/EUR61/005/2013/en.

Amnesty International is not aware of a single case in which perpetrators of torture and other ill-treatment have been criminally prosecuted in Turkmenistan, nor of a case where evidence obtained through the use of torture or other ill-treatment has been excluded from court proceedings. In its Concluding Observations on Turkmenistan, the UN Committee against Torture (CAT) noted that “the absence of comprehensive or disaggregated data on complaints, investigations, prosecutions and convictions in cases of torture and ill-treatment by law enforcement personnel severely hampers the identification of possible patterns of abuse requiring attention”, and recommended that the Turkmenistani authorities compile and provide clear statistical data on such issues.

In its Concluding Observations in June 2011 the UN CAT expressed concern at reports of violations of fundamental safeguards against torture such as the right of prompt access to a defence lawyer upon detention. 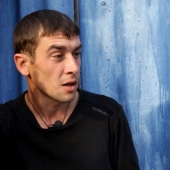