Alternative Turkmenistan News (ATN) continues reporting on the situation in the correctional facilities of Turkmenistan. This report is based on information ATN received from the recently released ex-inmate Batyr. This time, at ATN’s request, he tells about the condition of convicts from the Baloch ethnic minority. 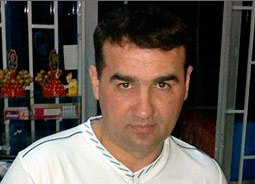 First of all, ATN asked him about the fate of the human rights activist Mansur Mingelov, an ethnic Baloch, who was sentenced to 22 years in prison. According to Batyr, Mingelov is still serving his sentence in the same prison camp.

«After the hunger strike, he has been under constant surveillance by prison staff, but they don’t take any liberties with him, which cannot be said about the other Baloch prisoners,» Batyr said.

Exactly two years ago, on May 19, 2014, Mansur Mingelov went on an indefinite hunger strike demanding a review of his case and prison sentence. He was accused of drug trafficking, smuggling and involving a minor in criminal activities. Mansur and his brother Rustam had been beaten and tortured by officers of the State Drugs Control Service, whereupon Mansur lodged complaints with the Prosecutor General and the President of Turkmenistan. In addition, Mingelov documented 11 cases of torture and ill-treatment in respect of other Baloch people in Mary province. He sent compact discs with all the information he managed to collect to the U.S. Embassy in Ashgabat, the OSCE Mission and the General Prosecutor’s Office. Shortly thereafter, Mansur was rearrested and eventually sentenced on four charges under the criminal code.

According to the ex-convict Batyr, the situation for ethnic minorities, and the Baloch people in particular, is going from bad to worse.

«Camp chief Polatov and the new chief of the operations unit Ihtiyar Tairov are committing outright genocide of the Baloch inmates, although, to be fair, everyone has it tough there,» Batyr said.

He illustrated his statement with an example. In late March, prison officers caught a Baloch inmate with opium. Subsequently, Polatov gathered all the 170 inmates of this ethnic origin and announced that if any one of them was ever caught with drugs again, they would all go through a torture cell.

«As proof of his threats, he made the first 20 people stand up and ordered them to be taken to an isolation cell, where they were continuously beaten day and night, in shifts,» Batyr reported.

The beatings left seven of the inmates with broken ribs and joints. One inmate’s rib punctured his lung. 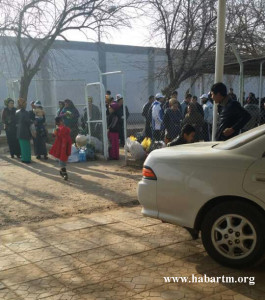 ATN has repeatedly reported that the drugs and alcohol trade in Turkmen prisons is a highly profitable business, controlled by the staff of the correctional facilities. According to an ex-convict Stanislav Romashchenko, it is prison staff that brings in drugs and alcohol, as inmates’ relatives simply cannot smuggle forbidden items through the checkpoint. According to ATN’s sources in law enforcement, in early April, officers from the Department of National Security caught two prison employees red-handed: one in MR-K/16 facility in Bayramali, and the other in LB-K/10 facility in Turkmenabat. Both were caught in possession of opium. ATN’s sources say that such arrests occur «regularly.»

In addition, according to Batyr, on May 4, 2016, camp chief Polatov once again summoned all the Baloch inmates, supposedly for a “preventive talk,” and kept them in the sun for several hours. Many got sunstroke. When the inmates protested, Polatov responded in Turkmen: There is a mountain behind my back, I can slit your throats, if I want to!

«When, in the end, they were ordered to disperse, the Baloch prisoners refused to go in protest at his actions, and demanded a meeting with the prosecutor. They were eventually forced to disperse, and 25 of them were beaten up mercilessly,” he said.

According to Batyr, the Baloch inmates are considered the most unreliable group in prison, especially after the situation with Mingelov, which is why they are carefully checked and monitored at all times during visits of their relatives.

Batyr is convinced that Mansur’s case is not being reviewed, in spite of the given promises: otherwise Mansur would have been transferred to the investigation cell, or released after signing a pledge not to leave his home town, at the discretion of the prosecutor.