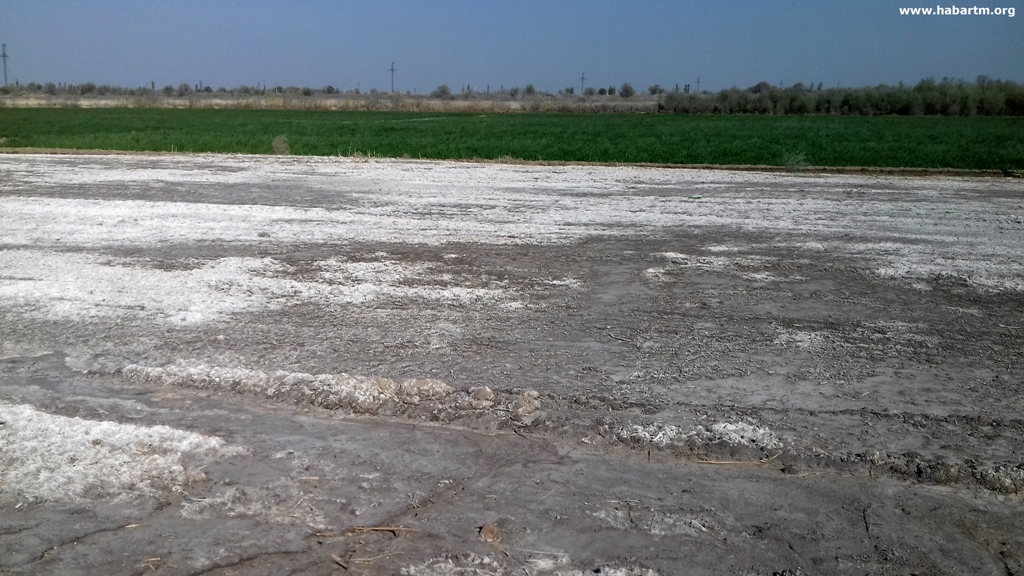 Passengers on planes flying over Turkmenistan may ask themselves whether the white layer they see covering the Dashoguz region is indeed snow, in spite of April’s warm spring weather, reaching 35 degrees Celsius. The seemingly wintery landscape is in fact made of a thick and vast layer of salt. Sources have reported that it is visible even from the road from Dashoguz to Gorogly (formerly known as Tagta district) and in Gubadag, Boldumsaz, Yylanly, Akdepe, Koneurgench and Sarykamysh.

Residents of the area have become accustomed to the salt layer, which emerges in the spring, rendering arable land infertile. When locals utter the words shor yerler (“salty marsh” in Turkmen), their intonation resembles one of resignation, as if talking of a terminally ill patient.

Indeed, the intonation reflects the gravity of the situation. Shor yerler can be considered dead land. The marsh is infertile to any crop and only brush (selme, selin, yylgyn) and other shrubs dot the vast white plains, showing the only signs of life. 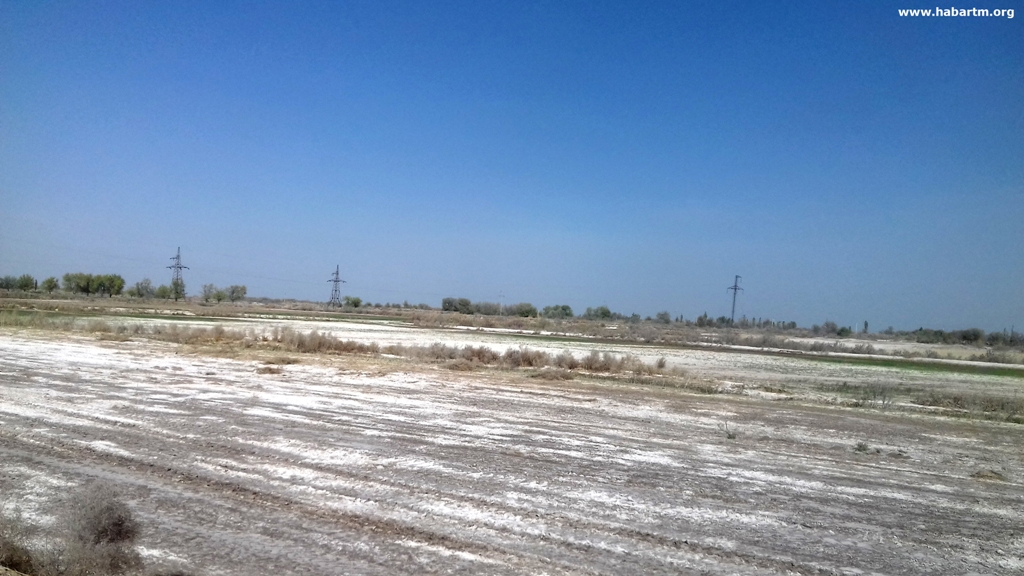 Seeing the deserted land in northern Turkmenistan would be striking for those who have been away from the region for a long time. An ATN source said in a letter that he had just returned after 15 years away from Dashoguz.

“I’m shocked that local residents have become indifferent to the desertification of arable land, due to the emergence of salty marshes. As the situation worsens, people have not changed their fatalistic attitude. After exposing the problem to one acquaintance, a high-ranking officer at the regional administration, I was just shrugged away: ‘What’s there to talk about? Shor is all around us, we are now used to it’. Clearly, they will not take any measure to counter the desertification,” the source wrote.

It is hard to accept that one can become accustomed to witnessing arable land become a salty desert over the years. In other countries, people would defend the land, organize petitions and campaigns, call up public officials to protect the nature, and request that the president banned the outrageous use of water and land that has caused this environmental disaster. In Turkmenistan, instead, no-one seems to care about the land that is turning into a salty desert. 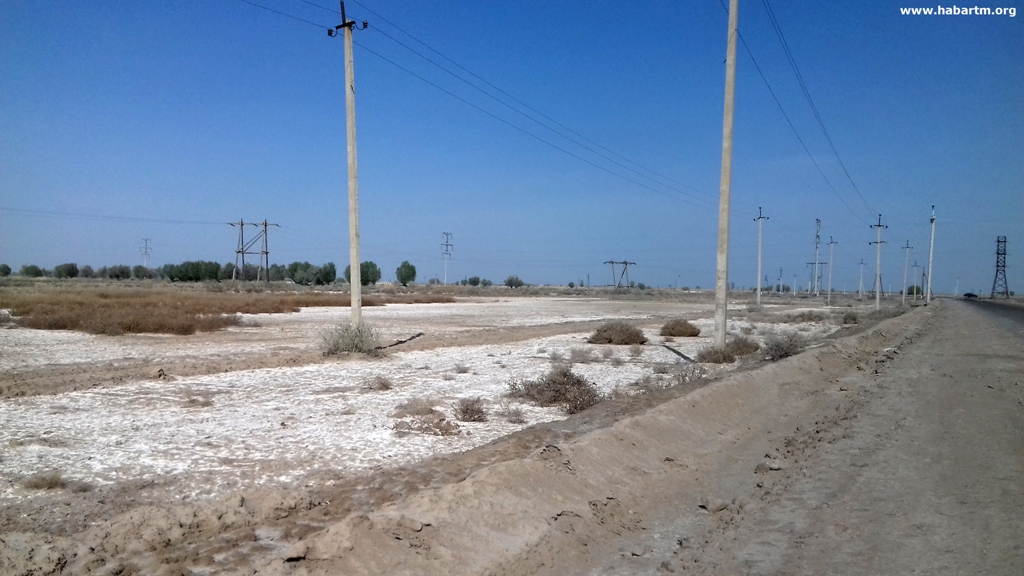 In addition, the impact of the increased salinity of the soil on human health has yet to be studied. Indubitably, drinking water with a high concentration of salt is dangerous for people. The lack of vegetation has caused an increase in dust storms, which can have an impact on the respiratory system.

Since the collapse of the Soviet Union and Turkmenistan’s independence, little has changed. The local administrations have not reversed their predatory attitude towards land and water, as well as human resources. During Soviet times, the state plan had to be fulfilled at all costs and this practice has survived the decades since Turkmenistan’s independence. Should they fail to meet the objectives of the state programs, the heads of local administrations could lose their jobs and privileges. This results in officials ordering the cultivation of plots of land that are larger than indicated in the state plan, a policy that causes a wasteful use of water resources, ultimately resulting in the ongoing desertification. 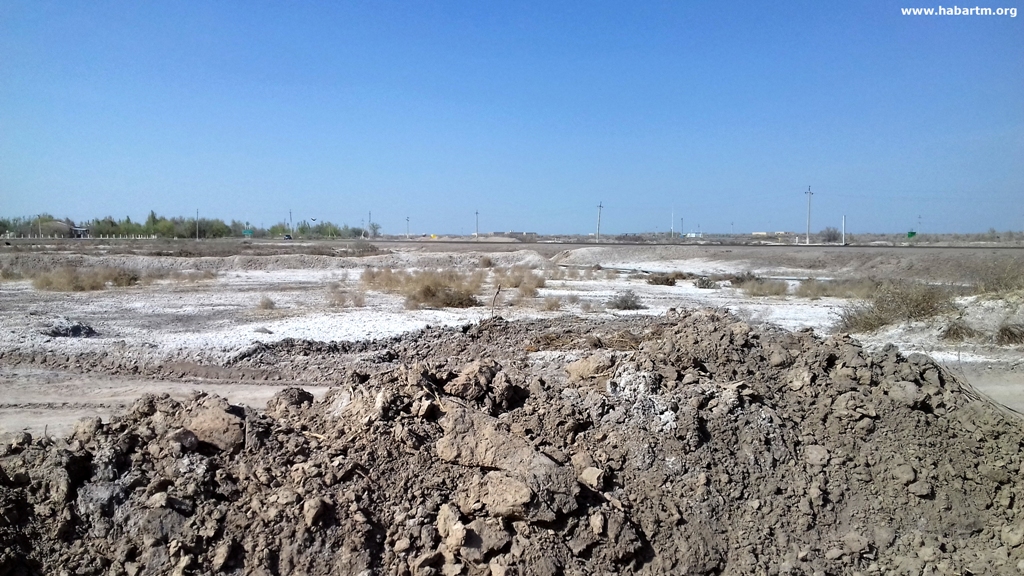 When Ashgabat lowers the quota for the regional plan, local officials continue with their wasteful use of water resources, which are increasingly scarcer, in Dashoguz as well as in other regions. Irrigation channels are often empty, causing distress to farmers. But when the taps are turned on, water bursts out of the channels, flooding the fields and the crops. The dissipation of water is not only wasteful, but also illegal. Scientists said that this method of irrigation is at odds with standard practices of draining water in the winter and supplying irrigation during spring and summer months. The absence of an adequate water drainage infrastructure makes the situation worse, causing the desertification of once-arable plots of land around the ancient Vas region. The plains of Shasenem seem to be doomed to a similar fate in the coming decades. Yet, the words of warning from hydrogeologists have fallen on deaf ears, because there seems to be nothing more important than fulfilling the plan.

CAN THE EARTH BE SAVED?

Salt covers the earth’s surface once groundwater rises to 50 centimeters below ground. This phenomenon causes the spread of salty marshes. A scientist from the Ministry of Nature Protection in a confidential conversation said that two-thirds of the area of land allocated to crops such as cotton, wheat and rice displays medium-to-high levels of salinity. “This proportion is alarming and, worse, it’s growing. We need to take urgent measures,” he said.

“We should stop lying about the problem. For example, President Gurbanguly Berdimuhamedov said that the level of groundwater in the Dashoguz region was reduced after a draining system was dug in the Altyn Kol lake in the Karakum desert. But this is false. The drainage channels are ineffective when built in the sand, because the water trickles through into the groundwater again. If the levels of groundwater do not fall, salt inevitably appears on the surface and renders the land infertile.”

The hydrogeologist said that an effective treatment for the endangered land should follow these steps:

Of course, the scientist told ATN, the implementation of this strategy would require a sizable financial cost.

“Officials in Ashgabat will probably say that there’s no money. And this would be another lie. This country is endowed with the world’s fourth largest gas reserves. But the proceeds from our natural resources are wasted on exploits to enter the Guinness Book of Records, rather than on projects that would benefit the people and the environment in the long run.” 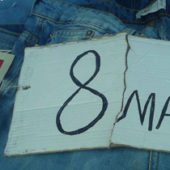 Forced Labor, or Why Turkmen Markets Are Packed with Brand-Name Textiles