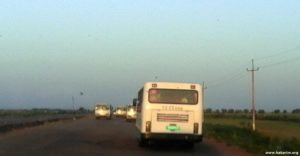 September 4, Amsterdam – Dozens of people have been injured in a bus accident and have been taken to the hospital, eyewitnesses reported to ATN. The crash occurred on August 31st in the eastern city of Turkmenabat. The roughly 40 people on board were kindergarten and secondary school staff, traveling to Farap district, 30 km outside of Turkmenabat, to pick cotton. Due to lack of seats some people had to stand.

The crash occurred due to malfunctioning traffic lights around 7 a.m. on Bitarap Turkmenistan Street, near kindergarten №62. Sources said that a passenger car hit the bus at high speed in an intersection, causing the bus to roll over. Three people were in critical condition and taken to the emergency room; several people were taken to traumatology and neurosurgery rooms.

The local authorities are trying to keep the accident from receiving media attention. Employees of the kindergartens and schools, whose staff were injured in an accident, as well as the treating doctors, were ordered to keep silent about the crash.

International labor rights organizations regularly criticize the Turkmenistan government for forcing tens of thousands of public sector workers to pick cotton every fall. In Turkmenistan, every cotton picking season comes with accidents and casualties. People die or become disabled on roads, drown in irrigation ditches, become sick from the food or non-potable water, are bitten by poisonous snakes and jackals, and stung by insects. Only a few such incidents make it to independent media outlets; most incidents are concealed by the government.

The Turkmenistan government denies the existence of forced labor, particularly in its cotton industry. Despite that, several global apparel companies, including H&M, IKEA and Inditex (which owns Zara, Bershka, Pull & Bear and other brands), have refused to buy cotton or ready-made garments from Turkmenistan due to the government’s forced labor practices and reprisals against independent labor rights monitors.

Gaspar Matalaev is one of the independent labor rights monitors. In the course of 2016’s cotton season, he interviewed secondary school students and public sector workers that were coerced by the authorities to pick cotton to meet government quotas. Matalaev visited cotton fields and took photos and videos of people picking cotton. In October 2016, he was arrested, tortured with electric shocks, and later imprisoned for three years on bogus charges of fraud and bribery. In April 2018, the UN Working Group on Arbitrary Detention found Matalaev’s deprivation of liberty arbitrary and urged the government to release him immediately and grant him an enforceable right to compensation and other reparations.

In May, the U.S. Customs and Border Protection (CBP) service halted imports of cotton and cotton products from Turkmenistan. 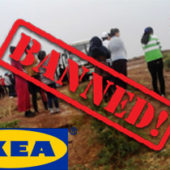 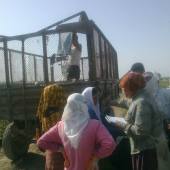