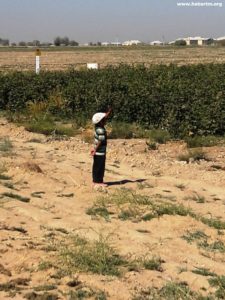 Teachers in Turkmenistan’s second largest city, Turkmenabat, are having to spend their fall break picking cotton. Schools closed on October 21st for the whole nine-day break for the first time in 15 years, and teachers and maintenance staff are having to work in the cotton fields every day.

At least four schools have banned the practice of teachers hiring other people to pick cotton in their place. Staff have been threatened with reprisals if they refuse to pick cotton themselves. One teacher at a city school told ATN, “At a staff meeting, the principal announced that failure to appear at cotton-picking will be considered an unauthorized absence from work. He threatened to send the list of absentees to the Prosecutor’s Office.”

The initiative to close the schools for the entire nine-day break comes from the governor of the region Tangryguly Atakhallyev. He was appointed by Ashgabat less than a year ago, but has already received a reprimand from the president for poor performance and failing to raise sufficient taxes to the local budget.

The governor holds cotton meetings every day and does not mince his words. Participants have to hand over their mobile phones on their way in to the meetings so that no one can record him.

“He treats local employees, directors of administrations and departments, like dirt. He insists that they are in the cotton fields day and night and get cotton out of nowhere. But what can they do if there’s no cotton?” a source in the city’s education department told a local ANT observer.

At one of the meetings Governor Atakhallyev personally ordered that all the schools be closed for the fall break. He set a daily norm of 70 kg of cotton for every teacher and member of support and maintenance staff. Staff say that the governor seems to have lost touch with reality, as the cotton harvest has failed this year across the whole country due to the lack of irrigation and the poor quality of seeds and fertilizers. 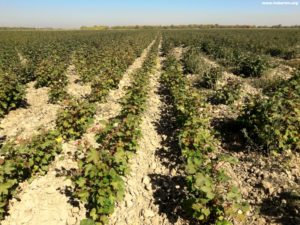 No way out for some teachers

In at least four schools (Numbers 27, 29, 30 and 38) the principals and deputy principals will not take money from teachers to hire other people to pick the cotton, or allow the teachers to hire their own replacements themselves, both of which are common practice elsewhere.

Even where the practice has not been expressly forbidden, teachers can scarcely afford to hire cotton-pickers. No one will agree to pick cotton for less than 20 manats (approximately $1 according to the real market rate), while teachers are not able to pay more. Some teachers have been cheated by cotton-pickers, who took the money but did not appear at the pick-up point.

Many teachers are dissatisfied, but very few openly disagree to work outside their job description. Many also have health problems, which make it difficult for them to work all day in the fields and pick the norm of 70 kg. 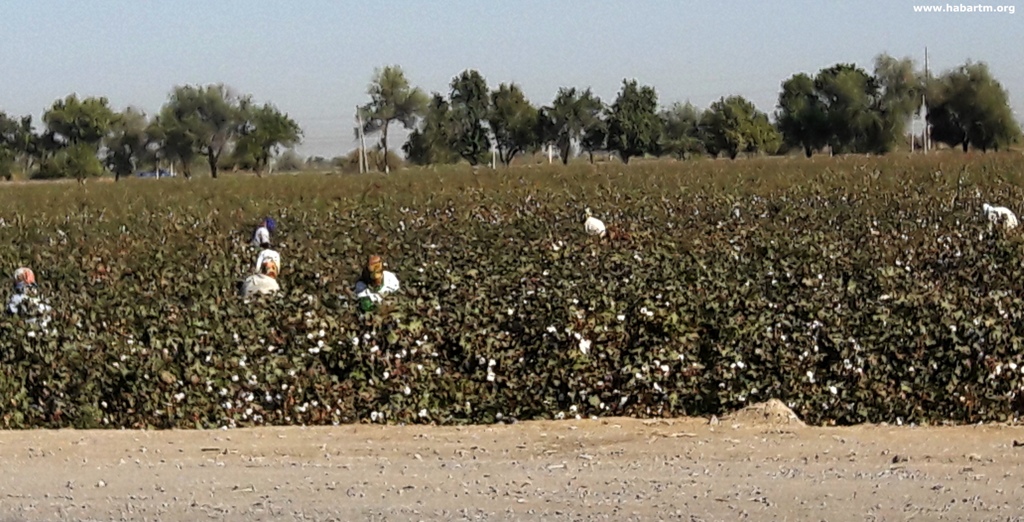 Kindergarten staff abandoning children to go to the cotton fields

“It’s hard to explain to parents that it is not the teacher’s fault, and that she was at the cotton-picking that day,” a local kindergarten employee said. “All the moms and dads reasonably argue that if we leave our children in a teacher’s care, she is the one that should be responsible. They do not care where the teacher was during the working day. As a result, the nursery teacher has to go the police department and the Prosecutor’s Office. She is questioned and forced to write an official explanation. Some kindergarten staff have resigned and left their jobs, because this is intolerable.”

Kindergarten teachers receive a monthly salary of 800-900 manats ($40-45). They are forced to give away 300 manats ($15) twice per season to hire cotton-pickers for 15 days. This practice is dubbed a “merry-go-round”, as employees of every publicly funded institution collect money for cotton-picking. Besides that, every employee pays 20 manats ($1) per week to hire a cotton-picker as their replacement.

There are rebels among kindergarten staff, however. “I’m sorry but 600 manats for me is a lot of money. I’m bringing up two children alone and have to feed and clothe them. I’m already cutting down on food, meat and rice. I will not pay for cotton. It’s got nothing to do with me, as I’m a nursery teacher. I’m ready to get fired – I’ll go all the way!” a source told an ANT observer.

In the last few years several world brands have publicly refused to buy textiles and raw materials in Turkmenistan because of the use of forced labor. For the same reason in May 2018 the U.S. government prohibited imports of Turkmen cotton, and of any item produced in part or in full from Turkmen cotton. 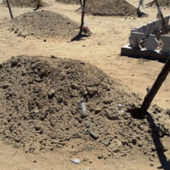 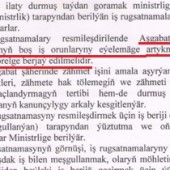