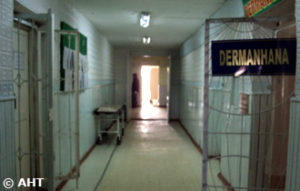 Since independence, dozens of new clinics and diagnostic centers appeared around Turkmenistan. Official press boasted that these medical centers are equipped with the latest medical technologies. Yet, an increasing number of Turkmens leaves the county to seek treatment abroad. The low qualification of local specialists is one of the main reasons for the general lack of confidence in the Turkmen healthcare system.

The state’s only contribution to the citizens’ struggle is the provision of a steady conversion of manats, the local currency, into U.S. dollars for medical treatment abroad. Given the general lack of foreign currency in the country, this measure allows patients to avoid collecting large sums in the black market, where the dollar costs about five times more than the official rate. But there is still a catch.

For the currency conversion to be approved, the Ministry of Health requires that the disease in question could not be treated in Turkmenistan. So patients have to first obtain an invoice from a clinic abroad, showing the patient’s personal data, diagnosis and costs related to the treatment. Then the patient has to visit the local polyclinic and apply for a certificate from the Medical Consultative Commission that confirms that the institution cannot provide said treatment. In order to obtain such a certificate, however, the patient has to undergo a general health screening, which is now widespread across the country’s no longer subsidized clinics. 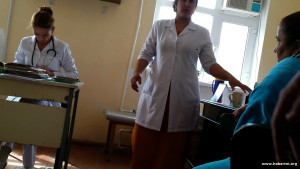 The Medical Commission can be selectively strict on the requirements to issue a document that would say the Turkmen doctors are not capable of treating the disease. The chairman of the Commission often asks: “Why does this invoice from a foreign clinic only indicate the total amount? Where is the breakdown of costs for each treatment? Why do you think you cannot be treated in Turkmenistan?” The Commission’s task seems to be to deny as many foreign treatments as possible and to decrease the amount of dollars the patients request to convert.

ATN sources said that the members of this Commission, which often resembles a court jury, arbitrarily ask the patients to reduce the sum they request to be converted. If the request is $10,000, the Commission members could say they would not accept a request higher than $7,000 for the specific case. It would be up to the patient then to renegotiate the treatment with the foreign clinic, often to the detriment of proper examinations and care.

Notably, the Commission meets only once a week, making it time consuming to re-apply for the certificate of conversion. The final decision stays with the Ministry of Health, which generally approves any of the decisions made by the Commission. Once approved, the patient receives a certificate with a permission to send money to the clinic abroad through any branch of Turkmenistan Bank. 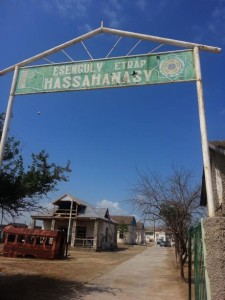 The Commission’s disposition to accept a request for currency conversion for medical expenses can often be pushed by bribes, ATN sources said. The members of the commission generally only approve lower amounts than the sums requested by the patients. Through kickbacks, however, a patient can bribe his way to receiving approval for the full amount of the invoice. ATN sources have recorded and documented these corruption cases, which show just how widespread this practice is.

The Commission even hides the recently-lifted ban on converting sums above $20,000 in order to receive higher kickbacks to push forward the request. The Ministry of Health now accepts requests for any amount, given the high cost for certain procedures and treatments abroad.

Some Turkmen citizens have used this currency conversion to their own advantage. Given that the patient is not directly involved in the money transfer to the clinic abroad, he can strike a deal with the clinic or choose to receive a reduced treatment in order to have more money converted in dollars than he needs. He then can offer the remaining sum on his account to people from other countries who would otherwise pay the clinic in cash, thus effectively converting his manats for personal, rather than medical reasons. While this practice is rare in Western European clinics, this is a common practice in Turkey and India, the two main destinations for Turkmenistan’s medical tourists. The Turkmen authorities never ask for receipts from the medical institution, which renders the process opaque and allows for such practice.

Instead of focusing on minor misconduct, ATN sources said, the government could ensure that the modern clinics that dot the country were filled with competent medical staff, so as to guarantee the treatments that the population needs. One way could be to invite foreign doctors, not just for lectures and training, but also for positions at Turkmenistan’s clinics. For example, several Arab countries hired some of the best medical staff from Europe, the U.S. and Asia on a permanent basis.

With a population of around 4 million people, Turkmenistan could invite several hundred foreign specialists, who would create a vibrant medical environment and train the next generation of home-grown specialists. The president’s medical degree and that the country’s slogan (“the country is for the people”) notwithstanding, it is clear that Turkmenistan is not prone to any change in this direction. 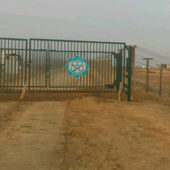 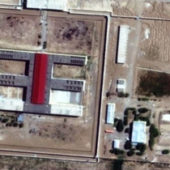